The Iranian Government trying to demonize the Bahá’ís

The Bahá’í International Community has been studying the Islamic Republic of Iran's government activities against the Bahá’ís of Iran for the past 40 years. Their last statement, dated July 8, 2021, has submitted information about the increased Iranian government's misinforming and inciting hate against the Bahá’ís of Iran and the Bahá’í Faith through official and semi-official sources. There are 170 years of history of Muslim Shiite Clergy spreading rumors and misinformation and incite the public against the Baha'is in Iran. However, the government of Iran has changed its tactics since its first attempts forty years ago. Then they secretly kidnapped many Bahá’í scholars in Iran or directly attacked the meetings of the National and local spiritual assemblies, which are elected representatives by Bahá’ís for running their affairs. As a result, more than 250 Bahá’ís were killed during the first few years of the Islamic Republic of Iran's reign. At that time, the Islamic revolutionary government had no concerns about Human Rights. Still, as they realized the reaction of the world governments and human rights agencies against their unsightly actions, they started to move their activities underground and not so direct. However, the Iranian government still does not consider itself accountable for human rights violations, and if they respond to a question regarding these violations, it is usually pointless and unfounded. In the past few years, they have been misinforming the public by online websites under  names like "study of sects," "Bahaism in Iran," or even "Databases of Computer Research Center of Islamic Sciences." As a result, a significant reaction from the head of the states and people against these activities prompted a public outcry on social media channels with the hashtag "Iran without  hate." Below is a copy of the statement by the Bahá’í International Community;

A machinery of hate: increasing propaganda raises concern for Baha’is

The Baha’i International Community is calling for the Iranian government to be held accountable for its campaign of hate speech against the Baha’is in Iran. In recent months, the four-decades long state-sponsored campaign of hate speech and propaganda has reached new levels, increasing in both sophistication and scale. This has provoked fresh concerns for the rights of the Baha’is in Iran, as history shows that flagrant violations of human rights often take place in a climate of hate and disinformation.

The Baha’i International Community has been tracking anti-Baha’i propaganda in Iran over the decades and has, in recent months, witnessed an expansion in the machinery of hateful propaganda targeting the Baha’is. The unfolding strategy to demonize the Baha’i community is reflected in a growing and coordinated network of hundreds of websites, Instagram accounts, Telegram channels and Clubhouse rooms, with content such as “Baha’is are unclean and enemies of your religion”, “Associating with Baha’is is banned”, “Purchasing any goods from a Bahá’í store is forbidden”, as well as “The modern ‘Human Rights’ is a big lie,” and many others. These platforms have been producing hundreds of thousands of pieces of disinformation reaching millions of Iranians. A BIC publication, “Inciting Hatred,” offers a more detailed analysis of this 40-year media campaign against the Baha’is.

The websites and social media channels are compounded by videos, print newspaper articles and other written media, books, seminars, exhibitions, graffiti and fatwas from both official outlets and others sponsored by the government but purporting to be independent.

“History is replete with the victims of grievous crimes incited by hate speech,” says Diane Ala’i, Representative of the Baha’i International Community to the United Nations in Geneva. “We are concerned that the increasing spread of disinformation targeting the Baha’is may signal a severe increase in the persecution meted out against them.”

Spreading falsehoods has been a central weapon in the Iranian government’s assault against the Baha’is since the 1979 Islamic Revolution. The goal is to demonize the Baha’is and to try to provoke public hatred for the community, thus justifying crimes against them, a very common tactic used by oppressive governments throughout history.

The Iranian government does not recognize Baha’is as a religious minority and, as such, Baha’is have neither the right to legally appeal against these statements nor are they permitted to respond and present their own case to their fellow Iranians.

António Guterres, the United Nations Secretary-General, in his 2019 Plan of Action to Combat Hate Speech(link is external), says that “[h]ate speech is a menace to democratic values, social stability and peace. As a matter of principle, the United Nations must confront hate speech at every turn. Silence can signal indifference to bigotry and intolerance, even as a situation escalates and the vulnerable become victims.”

Incitement to hatred is prohibited under international treaties that Iran itself has ratified, such as the International Covenant on Civil and Political Rights.

“Iran has consistently ignored its international obligations, and it is time that it is held to account for inciting hatred and committing countless human rights violations against the Baha’is with impunity.” says Bani Dugal, the Baha’i International Community’s Principal Representative to the United Nations. “Hate crimes always begin with words. Let us not allow history to repeat itself.” 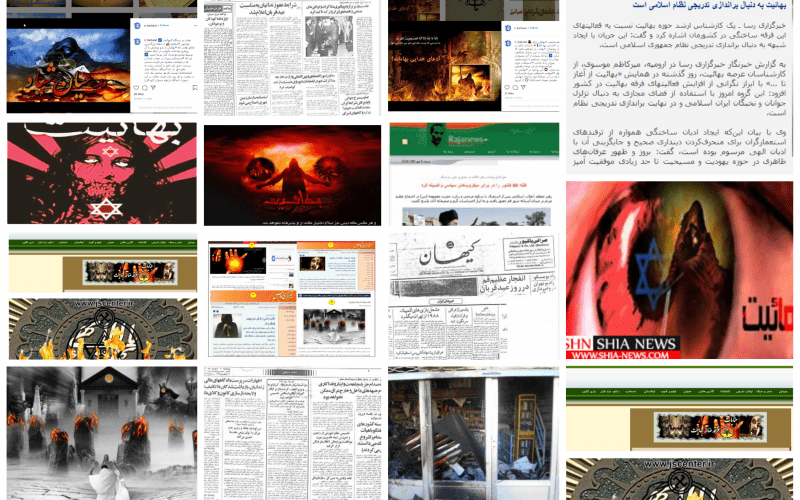 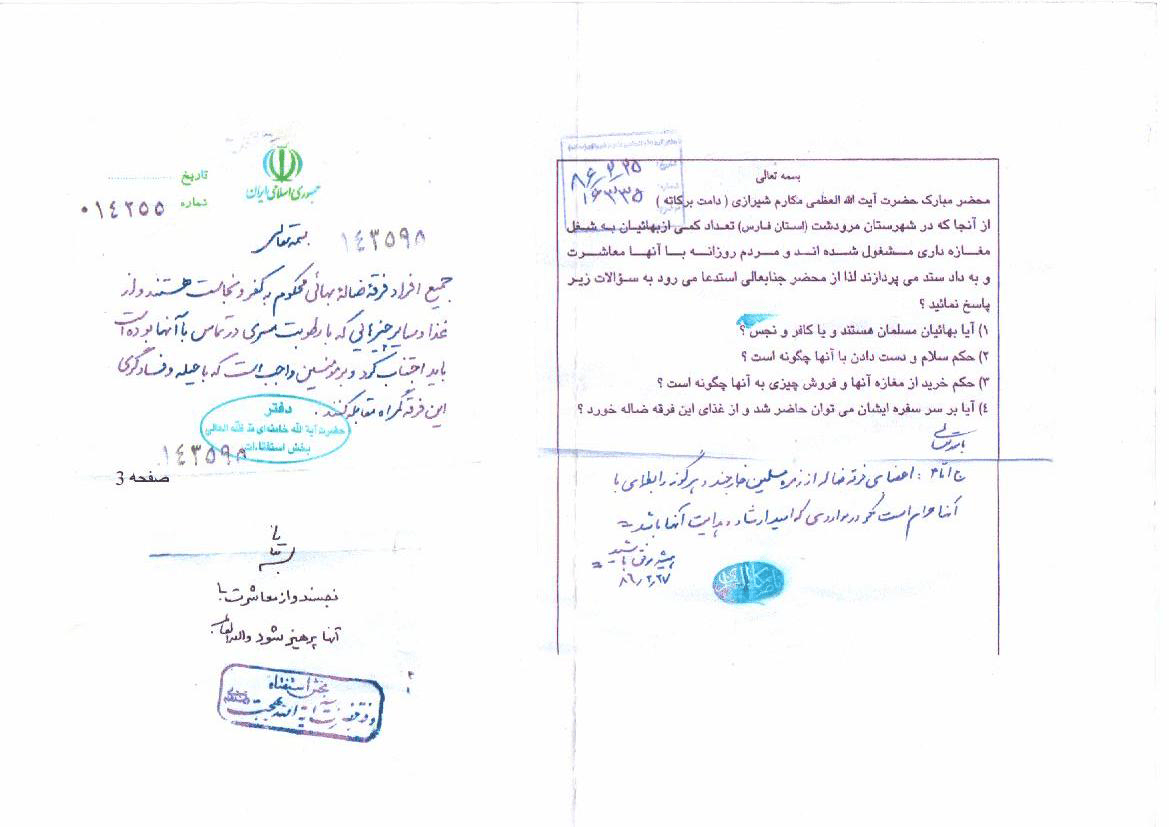