Physician, Researcher, Author, and in Service to humanity
*Dr. Abdu’l-Missagh Ghadirian is an author, researcher, and Emeritus Professor at McGill University, Faculty of Medicine in Montreal. He has spoken in numerous public, professional, and university venues around the world.
He has done extensive research, including about 180 articles published primarily in scientific journals and other professional media in social science and psychiatry. He is the author of fourteen books, including In Search of Nirvana, Ageing: Challenges and Opportunities, Environment and Psychopathology, and Alcohol and Drug Abuse: a Psychosocial and Spiritual Approach to Prevention.
In recent years he has published the books Creative Dimensions of Suffering 2009, Steadfastness in the Covenant 2014, Alzheimer’s Disease: An Eclipse before Sunset (2ndedition) 2016 and Materialism – Moral and Social Consequences (2010 & second edition 2017). The latter received the Distinguished Scholarship Award from the Association for Baha’i Studies in 2011. Some of his works have been translated and published in several languages...
He founded and has conducted a course on Spirituality and Ethics in Medicine (since 2002) at McGill University’s Medical Education department. He also taught as one of the distance professors worldwide for the Baha’i Institute for Higher Education (BIHE-Iran) from 2006-2012.
As a Baha’i, he has researched and published on spirituality in medicine and the application of Baha’i principles to current societal problems and the persecution of the Baha’is of Iran. He served as a member of the Continental Board of Counsellors in the Americas (1995-2005) and as a member of the Board of Trustees of Ḥuqúqu’lláh in Canada (2005-2017).
*Quoted from Bahá'í Community of Montreal web site
Read about his recent book 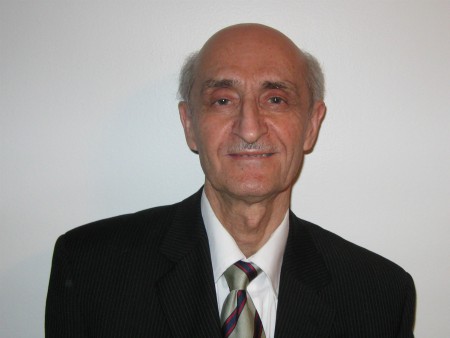