A masterpiece by Dr. Abbas Amanat

The modern history in our time consists of the 19th, 20th, and 21st centuries. Dr. Abbas Amanat has masterfully extended the contemporary history of Iran and covers from 1501 to 2009. Winner of the Outstanding Academic Title for 2018 Award. The book is 1008 pages. It was initially printed on October 24, 2017, by Yale University Press. The newly available copies were from the reprint on September 17, 2019. Amazon offers the book in Kindle, Audiobook, Hardcover, Paperback, and audio CD. Followed is what some of the reviewers have said about this book:

"The defiant spirit of the country is brought to life in this monumental history of the past 500 years."—Richard Spencer, The Times (London)

"Amanat's style of writing and his erudition in various aspects of Iranian history turns the book into a smooth, well‐crafted, and informative read."—Majid Motazer Mahdi, Reading Religion

"This sweeping but richly detailed text is an impressive treatment of the longue durée of Iranian history since 1501. Amanat interweaves narrative with stimulating analysis and commentary on culture, society, and politics in Iran with a skill based on deep scholarship and understanding. It is rare to find a book that will be important for both those new to Iranian studies and those already in the field: the former will find the book an invaluable starting point, and the latter will gain much from engaging with Amanat's creative and challenging insights and arguments."—Joanna de Groot, University of York 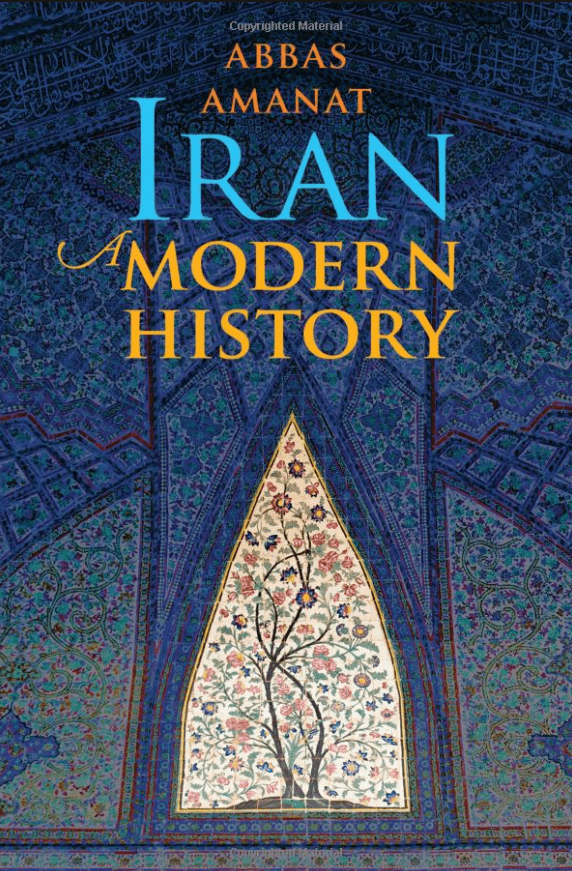